Your Speech Betrays You (sowing discord and slander)

We are given the command in scripture as to how to speak. Words have meaning and cannot be frivolously used without reaping the consequences. A word can have pertinent meaning and can lead a person in a particular direction. If the wrong word is used it can lead a person into a very dangerous direction. Often, a wrong word used through communication can cause someone to lose their life.

There have been people who have lost their lives on this earth because they spoke the wrong word to the wrong person. Some people do not take words lightly and are ready to get physically violent with a person for being spoken at with the wrong words.

“Even so the tongue is a little member, and boasteth great things. Behold, how great a matter a little fire kindleth!” (James 3:5 KJV).

Those with a short fuse or those with a head full of pride are quick to react when the wrong words are spoken to them. We are given instruction in the Bible as to how to speak and manage our verbal communication so as to not spark a flame.

“He that keepeth his mouth keepeth his life: but he that openeth wide his lips shall have destruction.” (Proverbs 13:3).

The person with no restraint on his words is headed for trouble. As we see in the scripture above, those who manage their speech wisely will produce life. However, those without restraint on their tongues will reap destruction. There are countless scriptures in the Word of God that explain to us that our words have power. We can either use our words for the good or we can use our words for the bad. When we slander with our words or gossip, the recipient may not know what you are saying but God knows. His eyes behold the evil and the good and he doesn’t tolerate slander or gossip.

“Lying lips are abomination to the LORD: but they that deal truly are his delight.” (Proverbs 12:22).

[God hates] “A false witness that speaketh lies, and he that soweth discord among brethren.” (Proverbs 6:19).

When a person slanders or lies on others they do this out of inferiority. These are little people with little regard for others. Many of them in our time take residence behind a computer screen and would never say such a thing to a person directly. They hide behind their screens, sit on their desks and slander. They sit on their couch and slander. Making themselves to appear bold, they have not an ounce of spine. If they had spine, as I said, they’d speak their “concern” to the person(s) directly. However, they feel that if they speak down on another person or persons they boost themselves up in the eyes of their audience / the deceived. That is all they’re after, the deception of their audience. Slander is of the devil and the devil is behind the slanderer and sower of discord.

The one who slanders and gossips speaks as though he is incapable of doing wrong or being led astray. Rather than empathize and plead for correction on the behalf of the opposite party (if there in fact is a correction needed to be made) they slander and exaggerate a fault. This is the life of the slanderer and the one who sows discord. They will never come to a knowledge of their fault and repent of their slander. They are a people of pride because of “little man syndrome.” They enjoy gossiping and making themselves appear saintly, when in fact, they are little people with damnation in their future. Some are cunning to use speech such as, “I will not slander” or “We must not gossip” but in their works we see much slander and much gossip!

So the devil is a deceiver and much of his workings are being done through professing ministers in the churches. There also are those who perceive they are “ministering for the Lord” on YouTube and other social media outlets but in actuality they are growing a faction of devils who all replicate the slander, gossip and discord.

“And many shall follow their pernicious ways; by reason of whom the way of truth shall be evil spoken of.” (2 Peter 2:2).

If you are wise you will see and hear for yourselves how the tongue of the serpent has prevailed and is prevailing to this day through his followers and deceivers. They are in the churches, out of the churches, in families, in ministries. The devil is the god of this world and his agents are in all places.

There have been those I have had to cut ties with because of their constant slander and discord sowing. Cutting off fellowship must be done if we are to prepare ourselves as the Bride of Christ. There ought not be any spot, wrinkle or blemish on us at his return. Sadly, many have forfeited Godly speech and have consented to dark speech. We of the Lord’s Kingdom have not been fooled but have detected the frauds.

Their speech has betrayed them.

I am glad you are encouraged by the videos and teachings. We praise God for that. I am here for you as God permits. We can be reached at savedbypreaching@gmail.com for confidential discussion. Do not post your situation here as it is an open place where it can be viewed. Email us and we will be glad to strengthen those who are in the Body of Christ. 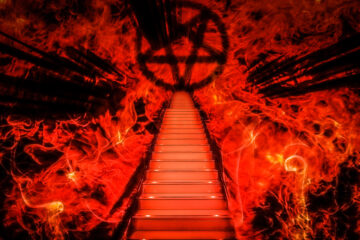 The Devilish Descent. From Ignorance to Perdition.

The Bible says that it is more blessed to give than to receive. As a minister of the Gospel and Judgments of Jesus Christ, I take great pleasure in sharing the nuggets of wisdom that Read more…

We get this question a lot. “What about Matthew 28:19?” The scripture reads: “Go ye therefore, and teach all nations, baptizing them in the name of the Father, and of the Son, and of the Read more… 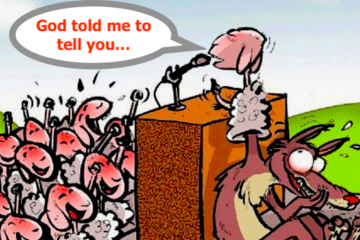 Here are 3 quick ways to spot a false teacher. I will preface by saying that the teacher may be unlearned and therefore will have hope to repent and make adjustments before too late. On Read more…