Was God born of a woman?

As Christians who abide in and defend the Truth of God’s Word it’s very easy for us to spot false doctrines and teachings. One of the false teachings that I heard was in the midst of a sermon. Whenever someone sits under preaching or teaching they should have ears of discernment. They have to ready their ears to filter out that which is unsound teaching and that which doesn’t align with the Word of God. “Study to shew thyself approved unto God, a workman that needeth not to be ashamed, rightly dividing the word of truth.” (2 Timothy 2:15 KJV). Whether it’s a Pastor or Teacher or any Minister, they are accountable for what they say. If they speak things that are not in line with the Word of God they will be accountable for the people they deceive. But if one studies the Word with a fine tooth comb, they will not be deceived.

I heard a minister say something that is not in line with the Word of God. He said, and I quote:

What do we see here? Well we see error in language. The error in language is very subtle but also deadly. If one is serious about their biblical studies they too will see the obvious error. The scripture is clear and let us quote: “And the Word was made flesh, and dwelt among us,” (John 1:14). This is the King James Version. Other versions change the word “made” and replace it with “became.” This subtle twist of words has caused the birthing of false doctrine. The false doctrine is that God had literally morphed into a human being, a baby boy, and was born through Mary. This is a complete lie!

The truth is that it was the very word or logos of God that was “MADE flesh.” It wasn’t God the Father morphing into or becoming a baby, it was “God manifest in flesh / Emmanuel, God with us” that was in the Son, Jesus Christ. We have to use biblical wording alone. We cannot make up words and create new doctrines.

Let me ask a question to my readers. What is lacking in the above quote from the false teacher?

I hope you guessed correctly.

Yes, the Son of God!

It wasn’t God the Father or as the false teacher puts it “Yahweh coming through the womb of Mary” surely not. For God cannot be born nor can he die. He has no beginning and has no end.

It was the Son of God that had a beginning and would have had an end if he were not raised from the dead by his Father. “Him God raised up the third day, and shewed him openly;” (Acts 10:40). A true Christian will understand clearly and rightly divide the Word of Truth to know how God was manifest in the flesh.

It was the invisible God, the Holy Spirit, that was in the Son of God that reconciled the world back to Himself. It wasn’t God the Father being born of a woman. BIG difference.

One has to remember that Jesus Christ progressed in wisdom and grew strong in spirit with the grace of God being upon him (Luke 2:40). We see that after Jesus was baptized and the Holy Spirit came upon him he began to perform miracles, heal the sick, cast out devils and raise the dead.

We should note that God the Father never needed to grow in wisdom and stature. Nor did he need favor of Himself! For he is God!

The above quote from the false teacher was used to endorse his Oneness doctrine that states that the Son of God is his own Father. They literally believe that Jehovah God morphed into a baby boy. They literally deny the Son in their teachings. “Whosoever denieth the Son, the same hath not the Father: (but) he that acknowledgeth the Son hath the Father also.” (1 John 2:23).

They hardly use the term [Son of God] because it goes against their false Oneness doctrine. The Trinitarians are similar as the Oneness folk in that they believe that Jesus Christ pre-existed his own existence, thereby denying the Son also. They too have not rightly divided the scriptures but are deceived and have succumbed to man-made doctrines that deceive the ones who fail to study the scriptures. Their lack of study and perpetuation of false doctrines will be their destruction. Both proponents in both groups will perish and be banned from God’s kingdom for espousing such heretical, blasphemous doctrines.

In conclusion, the simple truth is explained in a very much used, but apparently unbelieved scripture:

“For God so loved the world, that he gave his only begotten Son, that whosoever believeth in him should not perish, but have everlasting life.” (John 3:16).

Both trinitarian and oneness groups cannot understand this plain scripture. Hence, the production of their false denominations.

They have the opportunity to repent and begin to use biblical wording exclusively but the odds are unlikely. The devil has a mission to steal, kill and destroy and he has done so with twisting the scriptures and false teachings and will do so until the end.

Thy will be done Oh Lord.

“With him is strength and wisdom: the deceived and the deceiver are his.” Job 12:16

Excellent excellent,
it actually blows my mind how people cant see the obvious in the bible,
like you said in a video i watched it ain’t magic,
it is simply matching your will with Gods will.

matt 26:39 kjv
39 And he went a little farther, and fell on his face, and prayed, saying, O my Father, if it be possible, let this cup pass from me: nevertheless not as I will, but as thou wilt.

Jesus has a God and a father.
Its the same God and father we have, if were truly born again.

John 17:3 King James Version (KJV)
3 And this is life eternal, that they might know thee the only true God, and Jesus Christ, whom thou hast sent.

John 20:17 King James Version (KJV)
17 Jesus saith unto her, Touch me not; for I am not yet ascended to my Father: but go to my brethren, and say unto them, I ascend unto my Father, and your Father; and to my God, and your God.

Jesus was a jew from birth, and he understood was the first commandment was.

Mark 12:28-30 King James Version (KJV)
28 And one of the scribes came, and having heard them reasoning together, and perceiving that he had answered them well, asked him, Which is the first commandment of all?

29 And Jesus answered him, The first of all the commandments is, Hear, O Israel; The Lord our God is one Lord:

Keep the faith my friend and stay in the scriptures without adding or taking away from them and you will fare well.

People abuse the comment section and act like their Father Satan. I have little time to moderate child’s play. See further explanation here:https://www.youtube.com/watch?v=3on6Frpckls&list=PLpgqjYP4jYLTjKxOwis70Y2CPVVP9LbBH

I’m pretty confused. I’m new to Christianity, I was raised catholic but recently baptised Christian and praise our Lord that He gifted me with the Holy Spirit. In our Church they tell me that G-d is One and that He is Jesus Christ in the flesh. Everyone I try to ask or understand something they will give me a few scriptures but I’m usually left still confused. I’ve been heavy in doubt and restless at night thinking about how I may be sending myself to hell for not being smart enough to really understand how to praise our Lord the correct way. I’ve reached out to you a few times Brother Gabriel regarding a church that does in fact preach the word of G-d the right way but I assume you’re a busy man which is understandable. I’m confused, I’ve started to miss a lot more day’s at church and now when I go I feel disconnected at times because I doubt my self about properly praising our Lord.

am one of the street preacher in kampala city your preaching,method of gospel presentation,self control amidst hellbounds.has given me a hundred mile push a head and imust raise many street preachers to cover the whole city.ibelive,satan will one day sit alone in hell.to hell with satan and to heaven with the people.hallelujah.

We can work out the details there.

Hi. I’ve been watching your videos for a while and it’s became a part of my Bible studies. I think that what you are doing is very impressive and important. However, after reading this article I’m confused and terrified cause I have realised that after 2 years of studying the Bibles, and getting baptized in the name of the Father, the Son and the Holy Spirit, I’m lacking a fundamental knowledge about my God I feel totally lost and I don’t know what to believe now. What about Scriptures like John 8:58?

God is not the author of confusion. You have been infected by false doctrine that’s why you are confused. When the Truth is presented to those who have been abiding in false doctrine, it shakes their world! But that’s a good thing, because the more you read the Word of God the more you’ll discern right from wrong. As for the scripture you mention, John 8:58, what about it? It’s the Word of God and it is Truth. God spoke through His Son declaring himself to be the I AM.

I read your articles on the Godhead. I don’t believe in oneness anymore but is saying Jesus is God the same thing as saying he is the father? I get confused and frustrated on the nature of God it is something hidden from me. But if you are willing please answer my questions. What does it mean Jesus is God? Is he the father since he is the only God?

As Long as you use Biblical wording, you should be fine. Jesus is God manifest in Flesh, as the scripture says. Jesus has a God, His Father God. Jesus Christ is the Son of God. All the fullness of the godhead dwells in a body (Jesus Christ).

Now you see? Was that hard to understand. Alls we did was repeat what the bible says and have stayed within the bounds of scripture. No false teachings, no deception, just the Word of God.

I believe I was a lukewarm Christian and have now come to a place of true repentance. I was baptised before, but without repentance I suppose it meant nothing, can I be baptised again and what is the best way to go about it please.
Thank you for your ministry, I’ve been watching your videos and God willing I will be preaching on the streets of London, England soon. Love and blessings to you and your family. 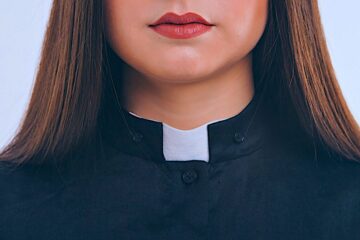 We get the question quite a bit on, “if and how” a woman can preach or teach in the church of God. Is a woman allowed to become a bishop or Pastor? Some have thought Read more…

As I walk through this store in the midst of a “plandemic,” the word of God quickened me. The word that came to me put it all into perspective. And we know that we are of Read more… 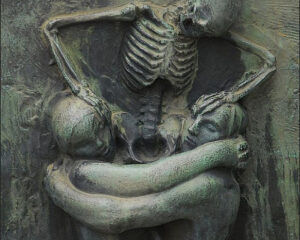 Till Death do us Part -How to Repent from Adultery.

This is not going to be a lengthy article. There is no need to beat around the bush and compromise a rather serious subject. These are the last days and people need to get their Read more…