Should a Christian woman wear makeup?

This may be a controversial subject to some, but others not so much. When a woman asks such a questions it’s usually a sign that the Holy Spirit is dealing with her. When we come into a relationship with Christ, we endeavor to do what pleases Him. However, this can be countered by the type of environment we are in. If the environment sees things differently than the biblical view, we tend to be swayed by the environment and will conform to such ways. However, when we understand that we are no longer our own, but bought with a price, we then begin to manifest a change regardless of the environment.

“And be not conformed to this world: but be ye transformed by the renewing of your mind, that ye may prove what is that good, and acceptable, and perfect, will of God.” (Romans 12:2 KJV).

In the renewing of one’s mind, they begin to see a separation from an old lifestyle to a new lifestyle. When it pertains to makeup, as I said, we can be influenced by our environment. If a Christian woman finds herself in an environment (church) that feels makeup is fine to wear, then she will most likely wear it and go with the flow. But if a woman begins to get more of an understanding of the Word of God, she then begins to contemplate a transformation (outwardly) to be modeled after the image of Christ.

We see in the New Testament a few foundational scriptures regarding the standard of dress and conduct of a Christian woman.

“Likewise, ye wives, be in subjection to your own husbands…Whose adorning let it not be that outward adorning of plaiting the hair, and of wearing of gold, or of putting on of apparel; But let it be the hidden man of the heart, in that which is not corruptible, even the ornament of a meek and quiet spirit, which is in the sight of God of great price.” (1 Peter 3:1-4).

Here we see a list of do’s and don’ts for the Christian woman. The first thing we see is “plaiting of hair.” Plaiting of the hair is braiding the hair. This braiding the hair minimizes the natural covering that a woman is given. It also can be a form of seduction as the temple harlots would wear plaited hair. Secondly, we see “wearing of gold.” The wearing of Gold is attributed at that time of the temple harlots who wore fanciful accessories of gold, silver and bronze to adorn themselves to catch the eyes of the simple man. Also the clanging of the jewelry was a form of enticement and still is today.

“In that day the Lord will take away the bravery of their tinkling ornaments about their feet, and their cauls, and their round tires like the moon, The chains, and the bracelets, and the mufflers, The bonnets, and the ornaments of the legs, and the headbands, and the tablets, and the earrings, The rings, and nose jewels,” (Isaiah 3:18-20).

Thirdly we see “putting off of apparel.” This does not mean that one should not put on clothes but it means that the woman should not overdress. The Greek word is (edusis), which means, “putting on an investment.” The fads and styles that are not only high-priced but also flamboyant in appearance are what are being spoken of here. Let us now take a look at another pertinent scripture that speaks of Christian standard.

“In like manner also, that women adorn themselves in modest apparel, with shamefacedness and sobriety; not with broided hair, or gold, or pearls, or costly array;” (1 Timothy 2:9).

Modest apparel is that which is not, as we stated earlier, flamboyant, faddish, extreme, promiscuous, revealing, minimal. A woman must be modest in her dress and style. A few years ago I attempted to change my wife and make her wear a dress. Although she obeyed me and wore a dress, it was pre-mature as she hadn’t gotten the understanding and conviction from the Lord. She would vacillate from pants to skirts. I prayed about it and the Lord advised me to leave it into his hands. I did so. A time later she brought to my attention that she was convicted by the Holy Spirit to wear dresses and she stopped wearing pants. When I backed off and let the Lord deal with her, he did so in his time and she formed a conviction towards modest dress. I planted the seeds via the scriptures to her but I couldn’t change the heart. God changes the hearts of man when he OPENS the understanding.

The next thing Paul instructs regarding standards of dress is shamefacedness. This simply means a face opposite of a proud look.

A proud look is not only a conceited attitude but literally a face opposite of shame. An extravagant face, a made up face, an artificial face, an accessorized face. There are hundreds and maybe thousands of Makeup tutorials on YouTube that are geared towards woman (some men) that promote a look opposite of shamefacedness.

“And when Jehu was come to Jezreel, Jezebel heard of it; and she painted her face, and tired her head, and looked out at a window.” (2 Kings 9:30).

Notice the words, “painted her face.” And she (Jezebel) did just that. She caked on makeup to influence the senses of Jehu, the man of God. However, Jehu looked past the adornment of face she tried to project and he had three eunuchs throw her out of the window because of the evil she had done. Jehu later calls her “cursed woman” before she is buried.

We see here that makeup was a tactic that Jezebel used to sway the eyes of men. Jezebel is also spoke about in the Book of Revelation as being a spirit that brings about fornication and adultery. We see in her the opposite of shamefacedness. A woman has a natural, God-given beauty in the face that should not be covered up with paint. We however do understand that some women are in types of environments where adorning themselves with makeup is looked at as fitting. We understand this and do not look at them with disdain or as lesser as we all must go through stages of maturity in Christ. However, when we read the scriptures above with a fine-toothed comb, we begin to see the standards and dress codes of a Christian woman who is “in the sight of God, great price.” (1 Peter 3:4).

God will ultimately look at the heart of an individual. One can be without makeup and dress with biblical standards and still be evil on the inside. So we mustn’t think that a person who dresses biblically is an angel. We all have things we need to work on and the inward man must be renewed day by day. But we know better than to clean just the inside of a cup. We must clean the outside too. The Apostle Paul explains this well in his Epistles as to how the inward man must firstly be converted. This conversion takes place via the Holy Spirit of God. He changes a person. He also does this by bringing upon the individual conviction and then he’ll follow up with scripture. Or it may work the other way around. But eventually one will lead to the other and an inward change will manifest an outward change.

“Thou blind Pharisee, cleanse first that which is within the cup and platter, that the outside of them may be clean also.” (Matthew 23:26).

How can i directly support you ?

I am glad that you are encouraged by the articles. May God bless you as you grow in Him. You may support via prayers to our God on our behalf. You can also support via our paypal link on the website or the youtube channel.

Keep the faith in Jesus.

Brother Gabe,
Greetings from London, UK. God bless you and your wife! I have watched nearly all of your videos and I think you are such a great man of God! I was once a make-up artist and wore make-up most days as well as tight clothes jewelry and wigs. I am now a new creature in Christ (praise the Lord!) and I no longer wear any make-up, I dress modestly and cover my head. The Holy spirit has taught me how beautiful it is to be a submissive woman and to serve my husband. I rebelled against this in the past. I am now so comfortable as a meek and modest woman and feel more beautiful than I ever did when I was covered in make-up and fancy clothes. God is good! Amen

Thank you Lucy for that information and testimony. I am glad you are serving God not only inwardly but now outwardly. We know that we cannot make a person change their ways. We can’t do it by force. We can plant seeds and God will give increase if He so desires. That is the way God does things. Women who are still wearing make-up and pants that is their choice. In time God will open their eyes to holiness and they will begin to see things from the eyes of God. Then change will occur. That is why we don’t look down on anyone no matter how they dress or if they wear make-up. We know God loves them and he desires for them to Grow in His Grace. And that is the same way we should look at people. We can’t clean a fish before we catch it! In time they will reform their ways if they continue in the Word of God. I am happy for you and thank you for the feedback.

May you continue in the faith and say a prayer for us as we are on the front lines and always battling for souls in the enemies camp.

Brother Gabe, I am looking for a true Bible believing church to attend and be Baptized properly,can you help?my email is kellyankobil@gmail.com. Thank you and God bless your ministry

Yes, I am happy for you. I got to your email a little late as we have been busy this past month. Devil is throwing darts but the shield of faith is raised. I have sent you an email and await your feedback via email. 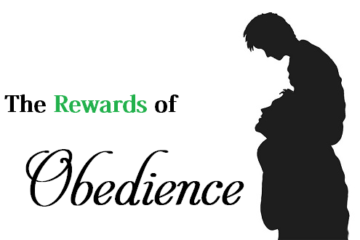 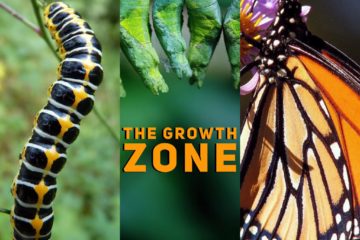 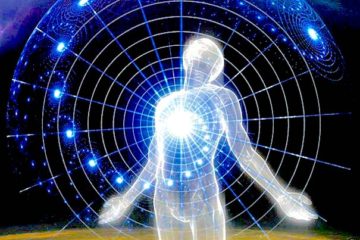 “I had a dream about the Rapture”

It’s quite common while browsing through videos online to stumble upon another “rapture dream” video. They are quite common online. Many have claimed to have them. Many testify of a certain type of cataclysmic event Read more…