Over my years of being a Christian and serving the Lord, I never thought I would have to witness such a falling away of the faith from professing Christians. I have had brethren in the faith that I co-labored with that once again were enticed by the world and turned back to their sin. Similar to Demas or Lot’s wife, having loved the present world they forsook the faith. The pleasures of the flesh grabbed a hold of them once again and they forfeited the faith. It truly is a sight to behold seeing people have a zeal towards the Lord and the things of God, then become callous and draw back unto perdition. The scripture warns us clearly:

“But we are not of them who draw back unto perdition; but of them that believe to the saving of the soul.” (Hebrews 10:39 KJV).

The writer is exhorting the saints in the faith to endure to the end but shows us the potentiality of a soul drawing back unto perdition and being eternally lost. He says that there are those who “believe to the saving of the soul.” This means that our faith must endure to the end. Similar to what Jesus said,

“And because iniquity shall abound, the love of many shall wax cold. But he that shall endure unto the end, the same shall be saved.” (Matthew 24:12-13).

It’s interesting to note that prior to the statement of “enduring to the end” he speaks of a cause and effect scenario that necessitates the ‘endurance to the end.’

When iniquity begins to abound, then the downward spiral begins. The Greek word for “iniquity” is anomia, which means lawlessness. The definition in mind is that a person begins to disrespect and disregard God’s laws and his doctrines. He loses fellowship with true brethren and begins to slander or back-bite those who are in the faith of Jesus Christ. He turns rebellious. The love he once had begins to wax cold. One sin goes unchecked, then another, and another. Soon the soul of man becomes lethargic and non-compliant towards the will of God and repentance. The Bible speaks of it as a type of “searing” of the conscience.

“Now the Spirit speaketh expressly, that in the latter times some shall depart from the faith, giving heed to seducing spirits, and doctrines of devils; Speaking lies in hypocrisy; having their conscience seared with a hot iron” (1 Timothy 4:1-2).

That “searing with a hot iron” term means to render unsensitive. The Spirit of conviction begins to lose its effect on the one who is abounding in iniquity. The Spirit is power and is willing but the flesh is weak. They again are enticed by the pleasures of the flesh and the worldly attractions they were once delivered from. They override the Spirit’s convictions and begin to entertain unclean spirits that had them bound in the past. Since they have been cleaned up by the Blood of Jesus Christ, they are now vacant territory for the infusion of many filthy spirits.

“When the unclean spirit is gone out of a man, he walketh through dry places, seeking rest, and findeth none. Then he saith, I will return into my house from whence I came out; and when he is come, he findeth it empty, swept, and garnished. Then goeth he, and taketh with himself seven other spirits more wicked than himself, and they enter in and dwell there: and the last state of that man is worse than the first” (Matthew 12:43-45).

The latter state of the wilful sinner is worse than before. Now he is once again gripped and entangled in darkness. He finds himself involved in sin like never before. His chance of survival is slim for he has now trampled the blood of Jesus Christ and has done despite unto the Spirit of Grace.

“Of how much sorer punishment, suppose ye, shall he be thought worthy, who hath trodden under foot the Son of God, and hath counted the blood of the covenant, wherewith he was sanctified, an unholy thing, and hath done despite unto the Spirit of grace?” (Hebrew 10:29).

As I stated, I have seen the download spiral of many during my years of journeying with the Lord. I too had strayed away from the faith but thanks be to God, his mercy and rebuke and temporary wrath brought me back into alignment with the Spirit. Although I had flirted with becoming a reprobate, God had another plan for my life. He showed me the Light at the end of the tunnel and I made a conscience decision and was willing to escape. I put a foot forward and he stretched out his hand and pulled me out of the mire!

I am sad to report that many that have turned back into sin that I once knew are either dead before their time or still in deep delusion. They have not made their way out. I can’t say that I was lucky to escape, rather, I was blessed. It was by God’s goodness and mercy that this soul found restoration. God chooses to have mercy on whom he will have mercy. There is a way out of the downward spiral that many do not find. The way back to the Father is quite simple. Take heed for I will share with you the way of escape. We read it in the parable of the Prodigal Son.

“And when he came to himself, he said, How many hired servants of my father’s have bread enough and to spare, and I perish with hunger! I will arise and go to my father, and will say unto him, Father, I have sinned against heaven, and before thee,” (Luke 15:17-18).

The wandering son realized that he had sinned against the host of heaven and before those around him. But prior to that confession we see an interesting thing taking place in the mind and heart of the wandering son. The Bible says, “he came to himself.” Those are the words that are stated in the parable and those words are very powerful. Those very words signify the point where the worker of iniquity, the one who’s conscience began to be seared, snapped back into reality! It was at that point that the Prodigal Son acknowledged how far he had fallen away from the faith. He wasn’t forced down to an altar call. He wasn’t guided to repeat a “sinners prayer” no, rather, he came to a state of true repentance. His depravity was now evident in himself. He realized he was far away from the Father and had wandered into despair and flirted with the point of no return. The splendor of being a child of Royalty was now hidden with hogwash and swine filth. But all was not lost, for now he was visited by Grace!

“For the grace of God that bringeth salvation hath appeared to all men, Teaching us that, denying ungodliness and worldly lusts, we should live soberly, righteously, and godly, in this present world;” (Titus 2:11-12)

It’s only by the goodness of God that a man can be led to repentance. Had the Prodigal Son not come to that state of repentance, he would have sunk into the abyss of sin. He would have remained in a drunken stupor all the way to his death (earthly) and eventually his second death (spiritual).

“He that hath an ear, let him hear what the Spirit saith unto the churches; He that overcometh shall not be hurt of the second death.” (Revelation 2:11)

When iniquity abounds, the Truth is forsaken. The Truth of God’s Word teaches a person how to live godly and how to forsake sin. The Truth of God’s Word preserves a man and guides him into the blessings that are good. The devil will allow a lost soul to experience a type of “fool’s blessing” a mockery blessing if you will, that seeks to replicate the goodness of God. But while the sinner thinks he is being blessed by God in his lawless state of unrighteousness and gross sin, he is only being embedded further into the mire of misery and the dreadful state of separation from the Spirit of God. He may or may not see this, but those who are in the Spirit can. That is why a preacher of righteousness is essential and can save lives from eternal damnation.

If you are reading this today, what state do you find yourself in? Are you flirting with the fine line that leads to eternal separation from God? Many are not aware until it’s too late and they wake up on the other side, in torment. I thank God my awakening came before crossing over to the next realm. God was gracious. He visited me in my sin. I had sown evil and I began to reap destruction. God is not mocked. Thankfully, I was not overcome by much sorrow, although I was nearly there. By God’s extension of mercy, I realized my fallen state and how I had left my first love. I then began to do the first works and found my way back to God!

“Nevertheless I have somewhat against thee, because thou hast left thy first love. Remember therefore from whence thou art fallen, and repent, and do the first works; or else I will come unto thee quickly, and will remove thy candlestick out of his place, except thou repent” (Revelation 2:4-5).

Hey brother, I am wondering your thoughts on playing sport video games, and playing basketball? God bless you brother, thank you for the work you are doing for the souls (mine included).

Thank you for that question. If the sport takes away from your time with doing the will of God, it can lead to a falling away from the faith. If they sport causes you to curse or bring out evil spirits, then it can lead to a falling away from the faith. Believe it or not, even a little innocent hobby or sport can eventually lead one away from the faith. I used to surf in half moon bay, California when I wasn’t serious with God. I was given to worldly events and things. However, when I once again took up the Cross of Christ I felt the need to forsake certain entertainment involvements that were needless or consuming my time. It’s not wrong to play basketball, baseball, tennis or to surf. But if the “thing” is taking your heart away from God, then it must be minimized or forsaken all together. I sold my surf board a few years ago. If I decide on buying one again I may however, it is probably best to rent one on the occasion instead.

I’m thankful for the brother in Christ for writing this blog…I read it and anything I see I feel it’s right there foe me as GODS GRACE. Today I’m repenting for everything I’ve done. 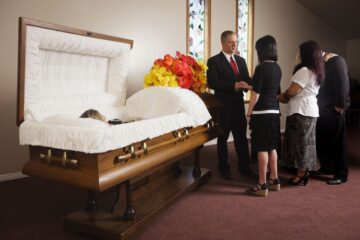 I was recently sent a video regarding an officer who was killed in the line of duty. He was reporting to a domestic violence call and as he approached the door, he was shot in Read more… 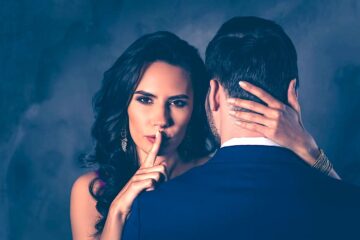 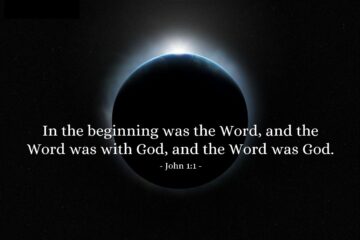 There are a few scriptures in the first part of the Epistle of John that are often misunderstood by most professing Christians. Usually the misunderstanding comes from people who have twisted the Word of God Read more…